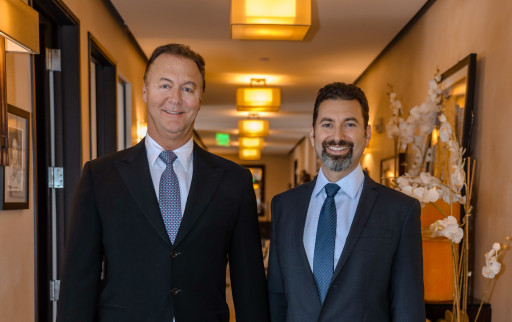 The patient is an extremely active 76-year-old woman who enjoys various physical activities. Her physical functioning had been limited by spinal cord compression at four levels in her neck. The cord compression in her neck was so severe that she had difficulty walking.

Given the woman's age, several spine surgeons recommended a 4-level laminectomy and fusion to treat her cord compression. The woman realized that fusing spinal four levels in her neck would put an end to her ability to take part in the activities she loves, including basic actions like driving a car. Drs. Lanman and Cuellar were the only surgeons to suggest artificial disc replacement rather than cervical spinal fusion.

While the prodisc® ADR platform is the most extensively studied artificial disc system in the world and the prodisc® C Vivo has been used outside the U.S. for more than a decade, the Vivo was only approved by the FDA in the summer of 2022.

Dr. Cuellar realized that the "keelless" design of the prodisc® C Vivo would likely be the ideal disc for the woman's particular anatomy at three of the four problematic spinal levels. Instead of keels, which are relatively tall fins on the superior (top) and inferior (bottom) endplates, the prodisc® C Vivo has short, lateral spikes that provide immediate fixation with a strength similar to other "keeled" prodisc® devices.

"Everyone else wanted to fuse her spine at four levels," Dr. Lanman shared. "At 76 years old, she has the activity level of a much younger person. I couldn't bear to see more than half of her cervical spine fused." When asked how the patient is doing, Dr. Cuellar replied, "It is early, but she's doing great so far. She is certainly very pleased and very grateful. She left the hospital the following morning and took only Tylenol for minimal pain."

Todd H. Lanman, MD, and Jason M. Cuellar, M.D., Ph.D., are dedicated to spinal motion preservation surgery in the cervical and lumbar spines. They have each published over three dozen peer-reviewed scientific journal articles in the field. Dr. Lanman is an associate clinical professor at UCLA Medical Center in Los Angeles, CA, is affiliated with Cedars-Sinai Medical Center's Institute for Spinal Disorders, and is the founder and principal at ADR Spinal Restoration Center in Beverly Hills, CA. Dr. Cuellar is an associate professor of orthopedic surgery at Cedars-Sinai Medical Center in Los Angeles, CA, and has recently opened a practice in Miami and the Palm Beach area of Florida.