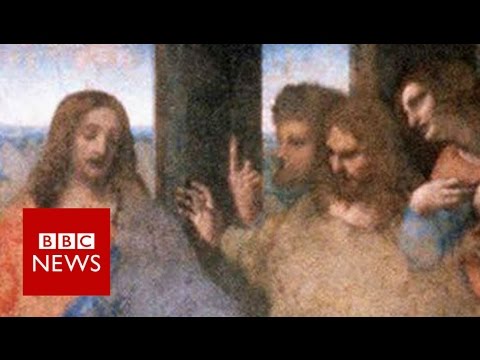 In the spring of 1999 a small team of experts, led by the renowned Italian art restorer Pinin Brambilla, concluded the mammoth task of restoring Leonardo da Vinci’s masterpiece, The Last Supper.
Da Vinci had been commissioned to paint the fresco on a wall in Milan’s convent of Santa Maria delle Grazie in 1498. But due to his poor choice of materials, paint had begun to flake off even during his lifetime. Brambilla’s restoration involved removing five layers of paint from previous botched restorations and restoring key features and objects. The painstaking job of cleaning, dabbing and repainting the four-and-a-half metre high fresco cost millions of dollars and took Pinin and her colleagues more than 20 years.
Now in her 90s, Pinin Brambilla, who still works in her studio in Milan, told Witness about this labour of love that consumed half of her professional life.