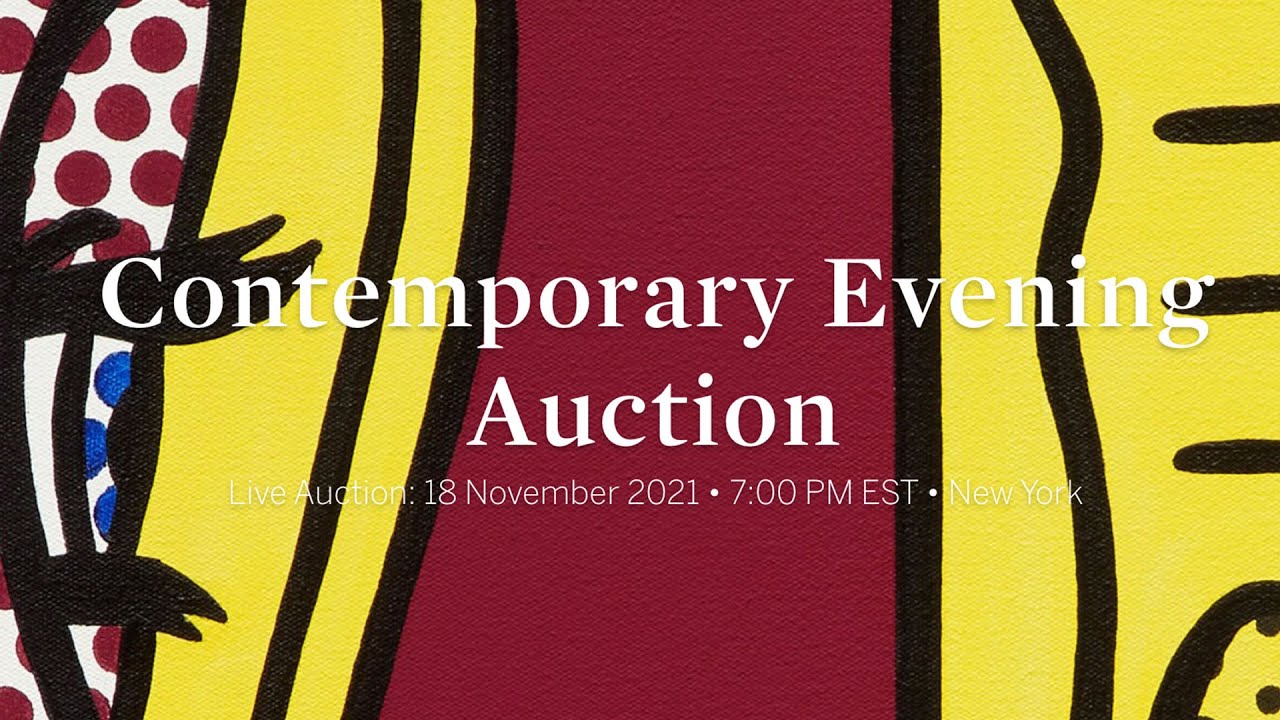 Led by Jean Michel Basquiat’s gripping Made in Japan II from 1982 and Roy Lichtenstein’s iconic 1983 Two Paintings…Craig, Sotheby’s Contemporary Evening Auction in November is comprised of works by many of the most celebrated Post-War and Contemporary artists. Curated to include works by artists who eschewed Abstract Expressionism and the European-centered modernist structure that preceded it, the sale is anchored by a spectacular group of works from the Collection of Douglas S. Cramer including the aforementioned Lichtenstein, Cecily Brown’s 1999 Spree and Ellsworth Kelly’s Blue Panel with Green Curve from 1989 among others that showcase Cramer’s prescient recognition of the zeitgeist and keen interest in the art of his time. Another standout work on offer is Philip Guston’s Ominous Land from 1972, from the Estate of Gabriele and Robert Lee, is an exceptional, large-scale work from the artist’s highly-regarded late body of work, treating one of his most powerful motifs—the hooded figure. The sale also includes definitive works by Christopher Wool, Piero Manzoni, Wayne Thiebaud, Frank Stella, Ed Ruscha, Sam Gilliam and Romare Bearden.

Thirty-three years after its last appearance at public auction, an exceptionally rare and extraordinarily historic first printing of the United States Constitution returns to Sotheby’s in a dedicated one-lot auction during our series of evening sales on 18 November.

The Now Evening Auction focusses on art executed in the last 20 years, offering the most exciting, cutting edge works on the market and providing a masterpiece context for well-established, newly canonized artists such as Mark Bradford and Yoshitomo Nara, as well as heightened visibility and a relevant art historical context for younger artists, establishing the masters of today and tomorrow. Led by Yoshitomo Nara’s 1996 masterpiece, Nice to See You Again, the auction combines figurative and abstract vernaculars, with a majestic paintings by Mark Bradford dovetailing with best of type works by the likes of Toyin Ojih Odutola, Jordan Casteel, Lisa Brice and Thomas Schütte. Taken as a whole, the auction comprises works that together form a portrait of the varied tendencies and trends that constitute of the art of our time.